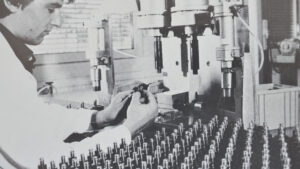 From a precision theodolite in the early 1970s to innovative 3D laser scanners, state-of-the-art diagnostic imaging or analysis systems for industrial and medical use. A brief time journey through five decades explains what makes up WILD‘s success.

It all began with an instrument that became synonymous with reliability and precision for surveyors around the world: The theodolite was one of the first products for which WILD delivered components with an accuracy of thousandths of a millimetre. These were initially manufactured by seven pioneers who had been trained at the Swiss parent group WILD Heerbrugg. WILD Heerbrugg, which established ”Wild Kärnten GmbH“ in Völkermarkt on 2 December 1970 because of a lack of skilled workers in Switzerland, was already considered an absolute pioneer in the areas of geodesy, photogrammetry and microscopy at the time. At the beginning, the site in Carinthia was merely an extended workbench of the parent company, yet one that proved to be a complete success. Just over one year after the establishment of the site, a new production hall was built for a workforce that had grown to 130 people. What made the site stand out was its commitment to utmost precision. The demands on the workers were high and the manufacturing possibilities were limited by the machinery available at the time. For instance, electronic calibration was not available. Mechanics and optics were the only ways of achieving maximum measurement accuracy. This required an enormous level of dexterity, comprehensive assembly expertise and skilful use of optical elements. 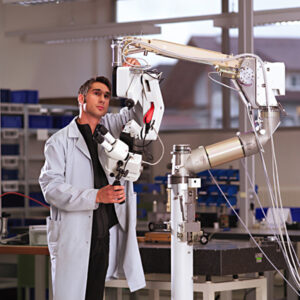 Between 1974 and 1979, WILD invested in its first numerically controlled machine tools (NC machines), in new manufacturing procedures, a cylindrical grinder and a paint shop for the surface treatment of individual components. This laid the foundation for the production of entire assemblies. The first such assembly manufactured by WILD was the tripod, which became a best-seller with 10,000 units sold per year. In 1985, the company eventually manufactured a complete device, the microtome, a cutting instrument used in the preparation of samples for examination under the microscope. The know-how acquired by WILD‘s staff over the years did not go unnoticed and 1987 marked the next milestone in the company‘ s history: IBM and Digital became the first customers outside the Leica group to be brought on board.

THE TURNAROUND
Despite all efforts, the company‘s economic situation reached rock bottom in the mid-90s and a closure of the site was imminent. But this was averted by Herbert Liaunig and Dieter Feger. They purchased WILD and transformed it into an 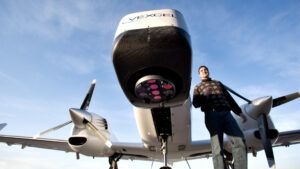 independent company. WILD Kärnten and Photonic were outsourced from Leica, forming the WILD Group. Herbert Liaunig implemented a strict restructuring programme in record time. In addition, WILD moved away from the ”extended workshop mentality“ and reorganised the puzzle pieces of available know-how in the company. The result is considered an essential success factor to this day: a unique combination of knowledge in the areas of optics, precision mechanics, electronics, software and assembly technology. Thanks to this ability to be a one-stop shop, the company managed the turnaround. Just two years after the takeover by the new owners, WILD brought in a stream of new customers and opened additional business areas, such as the semiconductor industry and aerospace.

As of the turn of the millennium, WILD has grown into a renowned contract manufacturer of complex optomechatronic
systems and devices. Medical technology has become the group‘s strongest mainstay, with WILD signing manufacturing contracts for products that are now considered innovative milestones. For instance, the Group supplied numerous components for the C-Leg prosthetic leg and the world‘s first head-mounted surgical microscope was manufactured in Völkermarkt.

FROM MANUFACTURER TO A ONE-STOP-SHOP PARTNER
The following two decades were marked by a fundamental change of strategy. WILD evolved from a pure manufacturer
into a systems partner with significant development competence. Customers realised that the combination of development
services and high-precision manufacturing is a decisive advantage. This brought WILD new manufacturing contracts, e.g. for the world‘s first large-format aerial camera.

In addition, WILD enlarged its locations and expanded its portfolio. In 2004, WILD Electronics was established, soon
becoming a coveted systems partner in the area of in-vitro diagnostics and adding electronics and software to the Group‘s core competence. As of 2006, the newly established WILD Technologies s.r.o. in Slovakia enlarged the 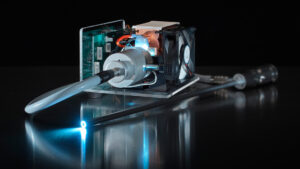 manufacturing capacity of the Group. Vienna-based Photonic increasingly evolved into a lighting specialist within the Group, winning over customers with its flexible LED modules for versatile use.

Since companies increasingly require high-precision components that are completely free of any production residues, WILD invested in the expansion of its cleanroom capacities and its precision machinery from 2010 onwards. This equipment has remained a decisive factor to this day, especially for measurement and laser technology customers.

SUCCESS IS TEAMWORK
In the last ten years, WILD has ramped up networking activities both across its production sites and with external specialists. Two instruments form the basis for an optimised combination of know-how, experience and the latest scientific
findings: the WILD Integrated Network (WIN) and the Technology Roadmap (TRM), which ensures that WILD stays up to
date with regard to future technologies. The company has multiplied the resources put into development, significantly expanded its simulation competence and considerably pushed software development, especially for standard requirements in medical technology. The WILD Group is positioning itself as a knowledge hub that enables projects with a significant development depth and an extremely high level of technology. 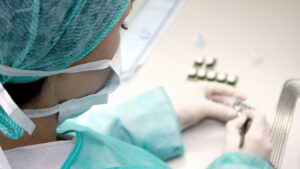 An increasing number of international market leaders put their trust in the systems partner and take advantage of its one-stop-shop solution, ranging from product development and an individually adjusted supply chain to a strict quality management and process-stable, valid and FDA-compliant production. Thanks to the Service Roadmap (SRM), which comprises a total of 13 service modules, even combinations of individual modules from this process chain are possible.